Samsung Galaxy Z Flip - Everything You Need to Know

The information below is required for social login 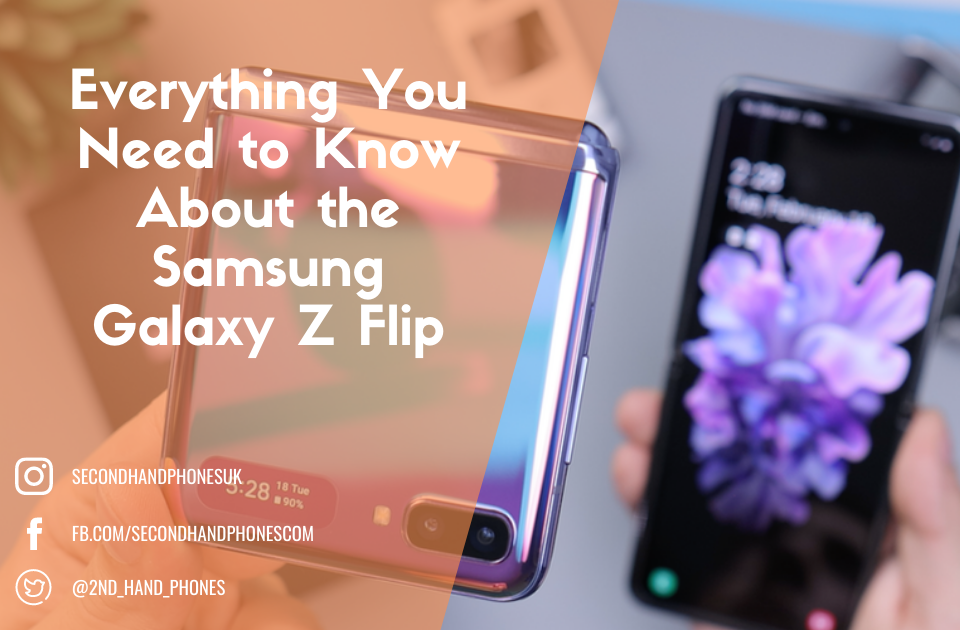 Who would have thought that folding phones would make a comeback?!

A new selection of modern folding phones have entered the market. One of the most popular models right now is the Samsung Z Flip, but is it good enough to merit its price tag?

If you’re after something a little more affordable, be sure to check out our range of reconditioned Samsung phones, including popular favourites and flagship models.

The Galaxy Z flip is the smaller of Samsung’s two modern flip phones - the other being the Z Fold 2.

Of course, the number one feature of this phone is the folding screen. Folding phones are making a comeback, but in a way that was barely technically possible a few years ago.

The Samsung Galaxy Z Flip, when unfolded, features a crisp 6.7-inch AMOLED screen. There are no notches, bezels or fold marks, only a hole for the selfie camera. The screen is as high-quality as you would expect on most high-end smartphones.

The magic of the Z Flip comes from what they call Samsung Ultra Thin Glass, which is a combination of glass and plastic layers. Essentially, the screen is thin and soft enough to be folded without breaking while still delivering a quality picture.

Furthermore, the screen can also be curled without any loss in quality, allowing the Z Flip to be set up in various folding positions for taking selfies, video calling friends and more.

Is the Z Flip Durable? 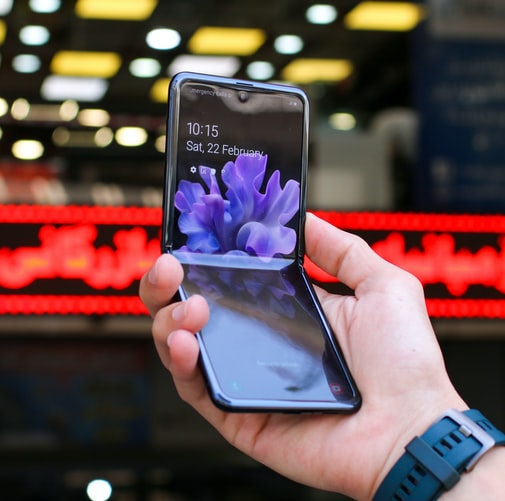 Perhaps one of the biggest concerns about the Z Flip is its durability. Of course, the more you bend and twist something, the more likely it is to deteriorate.

Samsung has put a lot of effort into ensuring their foldable phones are built to last. The Z Flip is supposedly designed to sustain 200,000 folds, which should be enough to match the lifespan of most high-end models, even for the most frequent smartphone user.

The body itself is made of the same high-quality materials seen on most smartphones, including a Gorilla Glass 6 back and aluminium frame. So long as you don’t drop the device on its hinge or anything like that, you can expect the same durability seen in most phones here.

One of the biggest comparison points for most phones nowadays is the camera. Given the incredible standards being set, we can forgive the Z Flip for failing to keep up, given its other technical achievements.

That being said, the Galaxy Z Flip does still deliver a good camera experience. When considering their quality, the two 12mp rear cameras are widely compared to the budget versions of other high-end models, which is fine for most users but might be disappointing if high-quality shots are essential.

One selling point for the Z Flip is the unique selfie angles that can be achieved using the folding phone.

You can take selfies in upward-facing directions, or you can set the phone at 90 degrees for a square portrait. It’s a novel idea, but something that you can equally achieve on other devices with a little bit of creativity.

The Galaxy Z Flip uses a Snapdragon 865 Plus processor, which delivers a strong enough performance for most tasks. It’s not quite as high-end as other flagship models, but most people won’t experience any problems with this processor level.

As with all Samsung phones, the Galaxy Z Flip runs Android alongside their own UI. You’ll be able to get all your favourite apps on this device.

As with other Samsung phones, the Z Flip allows you to have multiple apps open at once. You could have one app running on the top half of the fold while working on something else on the bottom, such as watching a video on YouTube while sending a text.

Similar to the processor, the Galaxy Z Flip’s 3300 mAh dual battery (split into two halves on each side of the fold) is good but not quite to the level of other high-end models.

Average phone users can expect the Galaxy Z Flip’s battery to last until the end of the day before needing to be recharged. If you tend to use your phone more than most, you might find yourself needing to top-up before the day’s over, but generally, it should get you through.

Is the Galaxy Z Flip Worth It? 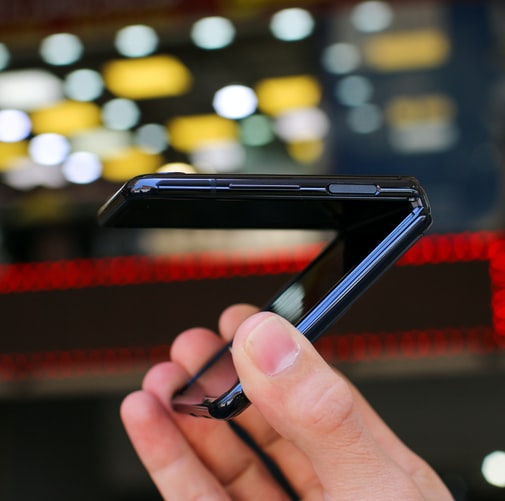 This wave of modern folding phones is very much in its infancy, and the technology is still being refined. While the Z Flip has delivered a fantastic, durable screen, it lacks in other areas despite its high-end price tag.

The Samsung Galaxy Z Flip is a good choice for people that are desperate to show off a foldable phone. For everyone else, it’s largely recommended that you wait another year or two until better models with higher specs are produced.

If you really want a high-end device, consider the other flagship models currently on offer at similar price points. While you won’t get foldable features, you will get impressive screens, cameras, processors and battery life.

If you’re looking for that new phone feeling without the price tag, why not consider our range of refurbished smartphones? With great devices at even better prices, check out our range today!