Switching from Android to an iPhone: Pros and Cons 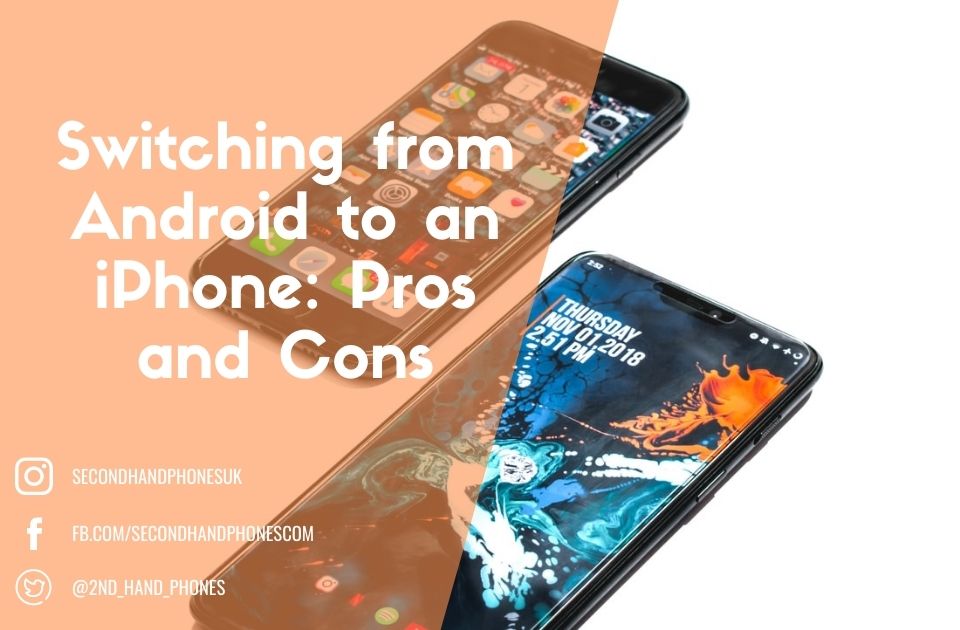 Are you thinking of making the switch from Android to iOS? The debate surrounding iPhones and Android phones has been going on for years, and there are dedicated fans of both, but which is better?

The answer to this will often depend on personal preference and what you want out of a phone.

If you’re still deciding whether you should switch from an Android phone to an iPhone, look no further! Here, we set out the pros and cons of making the switch to an Apple device.

If you’re already convinced, browse our range of unlocked refurbished iPhones to find the perfect one for you! 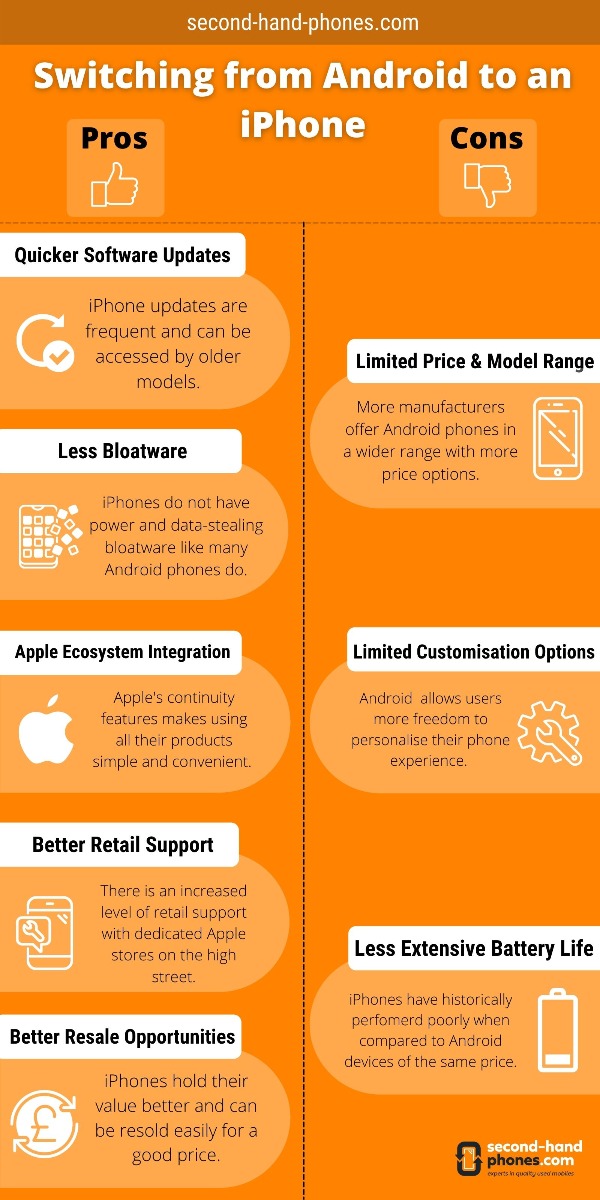 The Pros of Switching to an iPhone

So, how would you benefit from choosing an iPhone over an Android device?

One of the key benefits you’ll see with an iPhone is that major software updates are frequent and can be accessed by older models. Android phones often face far fewer updates, potentially leaving them more vulnerable to bugs and malware.

With Apple phones, iOS updates become available to everyone on the same day, whereas when you get an Android update will depend on what phone you have and how old it is.

Many Android phones are infamous for having excessive amounts of bloatware pre-installed onto them. iPhones do not face this same issue.

Your iPhone, whether it’s brand new or a second-hand phone, will be clean from the start, ready for you to fill with applications that you choose. Your Apple phone will not be inundated with power and data guzzling apps that clutter many Android phones.

Apple produces a wide range of highly regarded tech products, including their Macs, iPads and Apple Watches. If you already own one of these items, it makes sense to opt for an iPhone as well.

With their range of continuity features, Apple products offer a simple and convenient user-experience. You will not get this same level of hardware integration with most Android phone manufacturers.

Another great benefit of opting to buy an iPhone is the level of retail support available to you. With Apple shops on the high street, you can have your phone looked at by a professional if you ever need repairs or parts.

Android users do not enjoy this luxury and will likely have to ship the phone back to the manufacturer to get a new battery or screen if it's not covered by a protection plan.

iPhones also hold their value far better than their Android counterparts. You will not only have an easier time selling on a used iPhone, but you will also receive a better price upon sale.

This means iPhones can be better investments than many phones that run on Android.

The Cons of Switching to an iPhone 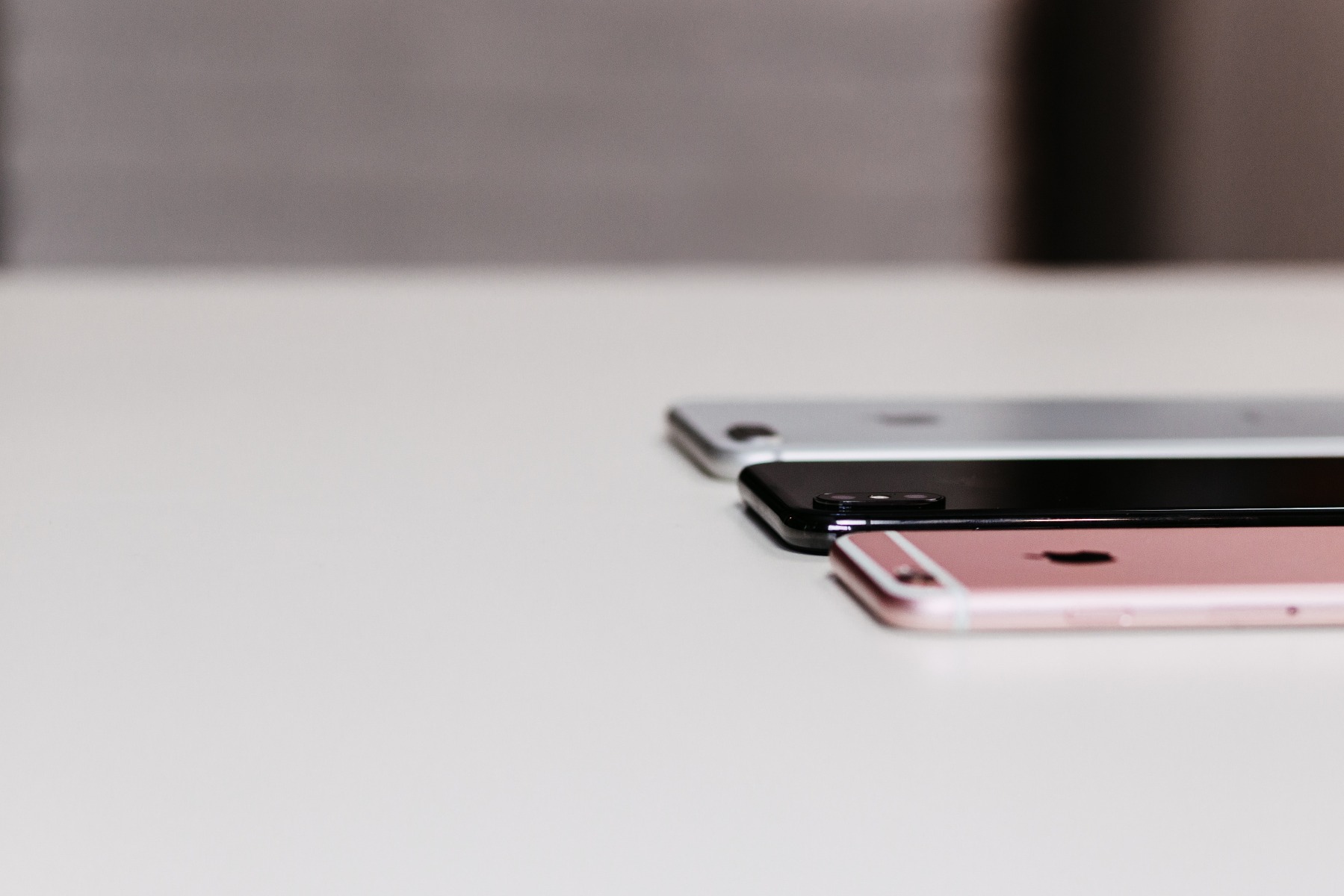 However, there are some reasons why an iPhone might not be right for you.

The most obvious point against iPhones is the limited model range and prices offered by Apple. Apple is one manufacturer with one phone range, but you have your pick of manufacturers and phones when opting for an Android device.

You are offered a far more extensive range with Samsung, Google, Sony, Huawei and many more manufacturers when choosing an Android phone.

This wide range of Android phones also means that you have access to less expensive options, allowing for all budgets. Android phones are available at all prices, whether you're after a top flagship model or cheaper smartphone.

The Android operating system also allows for more personalisation. With the ability to play around with app placement and home screen options, Android phones have a reputation for allowing a high level of customisation and the capability to change core services like web browsers and media players.

iOS has improved over the years in this regard but is still behind when it comes to allowing for the same levels of custom changes.

Battery life is something that has been contentious with Apple users for years. A rapidly diminishing battery can hinder your smartphone experience massively.

Although we are starting to see improvements with iPhones’ battery life, many Android phones perform better and have the clear edge. Many Android devices are also equipped with fast charging features and wireless charging - something Apple has only recently started introducing.

From our list, you can see our pros of switching to an iPhone outway the cons! However, they are still dependent on what you want out of a smartphone experience. If you’ve weighed up the pros and cons and think an iPhone is right for you, check out our range of quality reconditioned iPhones today!